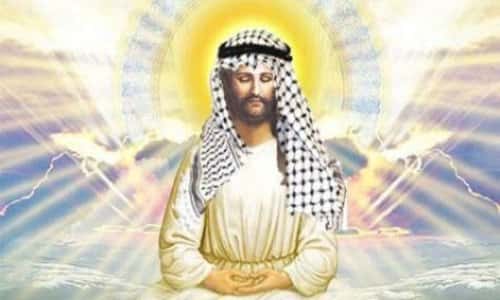 The fourth Christ at the Checkpoint conference is slated to take place March 5 – 13 near Bethlehem.

For the unfamiliar this biennial event which began in 2010 brings together several hundred Christians, including leaders, from around the world primarily to proclaim the Arabs are victims of Israeli “occupation” and “injustice.”

The conference convenes under a banner of “peace, justice and reconciliation.” In reality the actual agenda is revisionist advocacy, promoting Arab victimization, while ignoring, and in some cases overtly rejecting what scripture says about Israel and the Jewish people.

They have taken replacement theology (supersessionism) to a more baseless level. Replacement theology in its classic sense is the belief that the Jews abrogated their covenants with God by not accepting Jesus as Messiah and the result is the Church has replaced them in God s plan.

A simple look at Romans 11:1 confirms that view is contrary to scripture.

Jesus and the Church are Arabic

However, the Arabs have gone a step further. Not only are the Jews out as God’s Chosen, the Church as we know it, as well as Jesus have been re-invented. Jesus is not Jewish, but an Arab as is the Church itself. I wonder how many Christians worldwide are aware of this reinvention.

Rather than seeing Israel s miraculous rebirth in 1948 as fulfillment of God s promises to the Jewish people, CATC rejects this view, and uses the same terminology as the Muslims when referring to Israel , such as “occupation,” “apartheid state,” “colonial,” “racist,” etc.

Let s consider the conference name – Christ at the Checkpoint. This is meant to suggest that if Jesus was alive today he would be stopped at a checkpoint (as most Arabs are due to their terror attacks against Israel). He would be required to validate his identity to ensure he isn’ t a terrorist, before being allowed entry into Israel. In essence they are implying Jesus is one of them, and would be humiliated by Israeli security.

Let s unpack this a bit.

First off without getting into the theological differences between Jews and Christians regarding Jesus, there are some incontrovertible facts which are essential to this narrative. Jesus is a Jew. He was from the Jewish tribe of Judah.

He was raised Jewish. When he taught he did so in synagogues on Shabbat (the Jewish Sabbath). He never spoke in ‘Christian’ churches on Sunday. Why? There were no Christian churches when he was alive. His message was for Jews. In fact what became known later as “Christianity” actually began as part of Judaism.

To read this article in its entirety, go to:http://www.prophecynewswatch.com/article.cfm?recent_news_id=153