Note from Pastor Kevin Lea:  If Dr. Walt Brown is correct about the origin of asteroids, and all the evidence coming back from space over the last decade suggest that he is, then this space probe will actually be scooping up material that was jettisoned from earth about 5,000 years ago when the fountains of the great deep erupted (Genesis 7:11).

It is no surprise that they are finding evidence of water on asteroids, since it was water and debris from the fountains that escaped earth’s gravity and formed asteroids.  Some of the minerals that have been brought back to earth from comets can only be formed under conditions of high temperature and pressure.  This is impossible in the near absolute zero temperatures and zero gravity of space, but perfectly consistent with Dr. Walt Brown’s Hydroplate Theory explanation.

If Hayabusa 2 completes its mission, the samples brought back will be very consistent with those that were returned by the Stardust Space Probe when it landed back on earth in 1999 (shocking to scientists, perfectly consistent with the Hydroplate Theory). For those interested in reading Dr. Brown’s work, you can do so by going to his online book here: 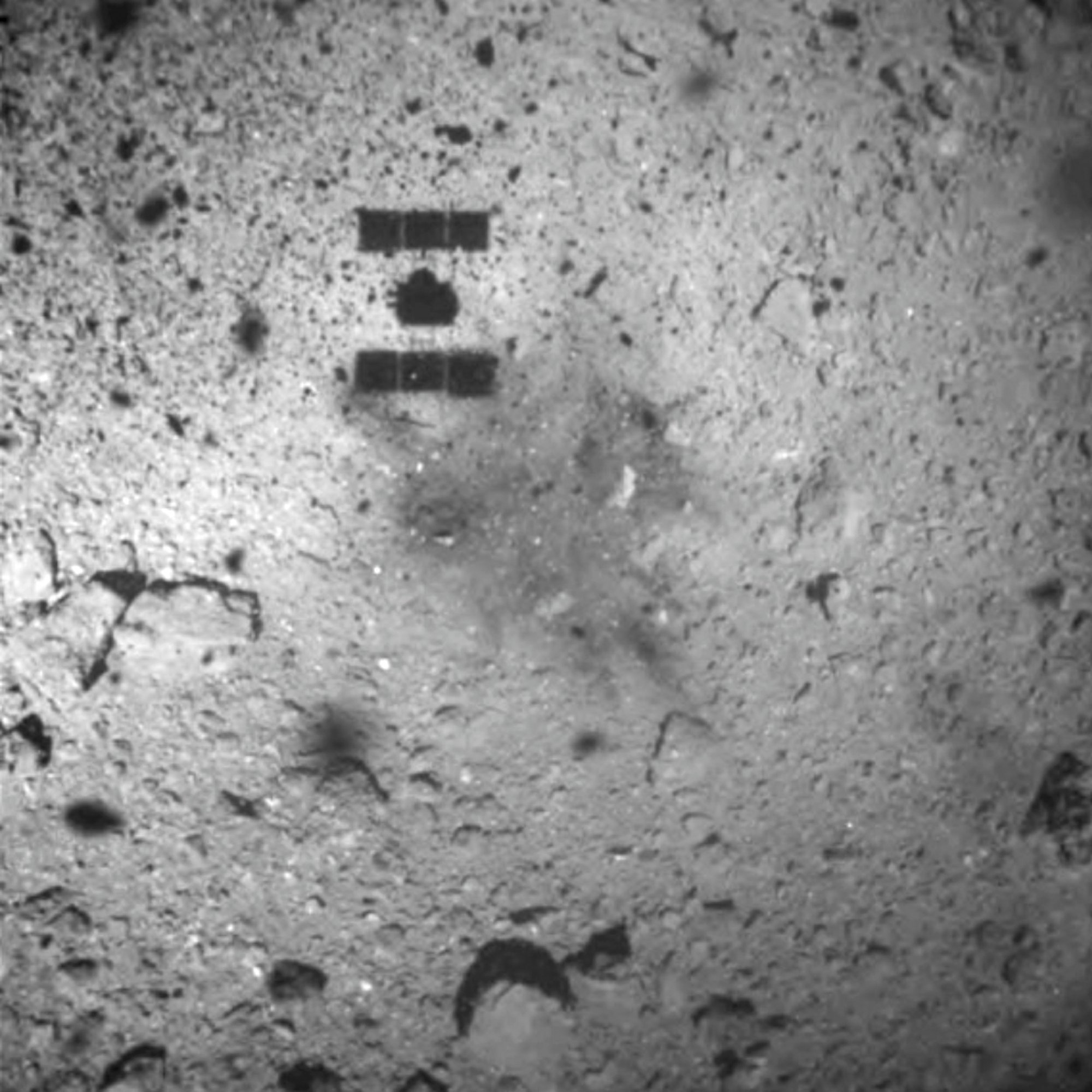 This Feb. 22, 2019, file image released by the Japan Aerospace Exploration Agency (JAXA) shows the shadow, center above, of the Hayabusa2 spacecraft after its successful touchdown on the asteroid Ryugu. Japan’s space agency JAXA said Friday, April 5, 2019, its Hayabusa2 spacecraft released an explosive onto an asteroid to make a crater on its surface and collect underground samples to find possible clues to the origin of the solar system. The mission is the riskiest for Hayabusa2, as it has to immediately get away so it won’t get hit by flying shards from the blast. (JAXA via AP, File)