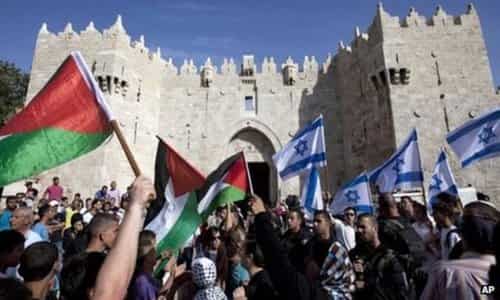 According to the most popular and largely dominant theory of why Muslims become radicalized, the more they feel discriminated against, the more likely they are to engage in terrorism and join terrorist groups such as Islamic State.

This theory claims to be research based. It is only fitting, therefore, to examine why it is not equally applicable to Jews, including Jews who live in Israel. After all, Muslims are not a small minority in the world, with around 1.5 billion adherents of Islam, compared to the roughly 14 million Jews in the world.

Outside their home countries, especially in Europe, Muslims often constitute very large minorities, whereas Jews constitute far smaller and much more vulnerable minorities that are often subject to alienation and racism from all sides, Muslim and non-Muslim.

Israel is itself in a minority: the only Jewish state in the world, located in a region of largely Muslim states, most of them hostile. The Muslim states often work as a pack — the Organization of Islamic Cooperation consists of 57 members, 56 of which are also members of the UN — to bully the small Jewish nation.

If we go by the theory, after the Holocaust the Jews should have terrorized their respective European countries endlessly, yet there are no Jewish terrorists. After having been singled out and discriminated against, demonized, dehumanized, humiliated, tortured in unimaginable ways, forced into ghettos, and transported to their gruesome deaths, the surviving Jews did not respond with hatred and killing sprees. They responded with untold resilience, a willingness to pick themselves up and rise from the ashes, and forged ahead despite the crimes that had been committed against them.

Jews today in Europe, and increasingly in the United States, especially on university campuses, experience anti-Semitism on a scale unseen since World War II. They face increasingly violent antisemitism, especially in France, and very real terror threats that have already cost several Jewish lives. However, it has not occurred to a single researcher to as much as mention the risks of “Judeophobia” leading to an increase of radicalization among European Jews or among young American Jews on campuses.

Israel is a chapter of its own. Since the 1967 Six-Day war, Israel has been at the receiving end of an unimaginable amount of

To read this article in its entirety, go to: http://www.prophecynewswatch.com/article.cfm?recent_news_id=565